There are 100 million people around the world using Facebook. This number is from the official Facebook blog. They don't mention the number of active users. But it is safe to say that they are a lot. 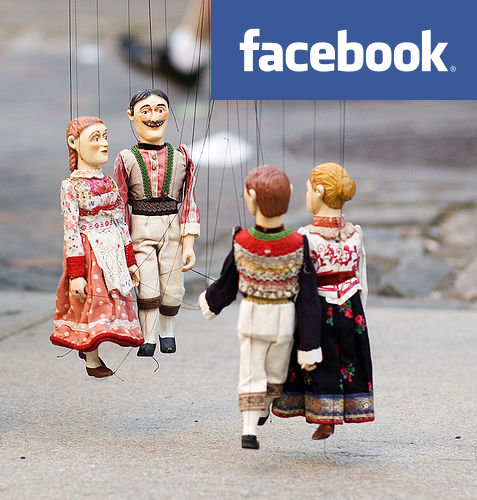 I will describe an evil idea to control the decisions of a great number people that doesn't involve any intrusion on their privacy. They will be oblivious to this interference.

You probably know that Facebook, among other things, is a tool that allows you to know what your friends are doing. Usually, real life acquaintances and friends. This is through a page that aggregates the activity of your friends called the News Feed.

Physical attractiveness is one. Another is something called propinquity. It means that there is a tendency for people to form friendships or romantic relationships with those whom they encounter often.

Propinquity is an application of the mere exposure effect. Which basically means the more often you are exposed to a neutral stimulus the more you are likely to find it positive.

This doesn't mean that familiarity breeds liking is a rule. And when it comes to romantic relationships between people, things are never simple.

We are talking 100 million using Facebook. So any tiny social psychological phenomenon will probably be of significance.

Now, imagine if there is an unknown bug in the News Feed page that makes information related to friends starting with the letter A appear more frequently than others.

This means that people starting with the letter A will be more liked than others. Multiply this by millions and it could result in a phenomenon.

What if you can control the News Feeds of millions and measure the outcome? Let us say that Facebook decides, out of curiosity, to push more news from single women with names starting with the letters NA over to single men with letters starting with TI.

Then they start to see if there is more activity between NAs and TIs. Like more Facebook messages, poking, wall posts, profile visits, tagging on common photos and changes to their relationship status. No one is reading your messages or wall posts, they are only counting them.

Mark Zuckerberg can, without reading a single word of the communication between you and your friends, play with tens of variables and see the outcome over thousands of people.