A group of technology activists gathered in front of the Cabinet on Sunday morning to protest a governmental deal with software giant Microsoft to buy licensed software for public agency worth almost US$4 million.
On 26 December, the official Facebook page of Prime Minister Hesham Qandil announced that one of the Cabinet's main achievements is that it sealed a deal with Microsoft to buy and maintain licensed software for the government worth $43,762,321, to be paid over four fiscal years. 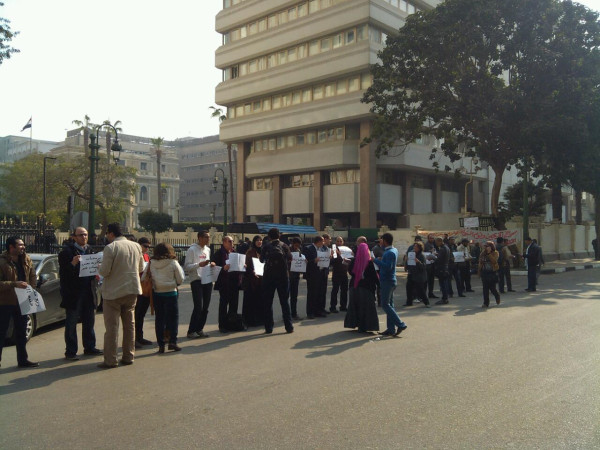