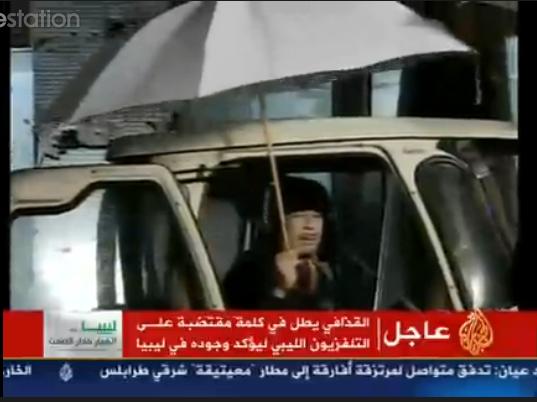 He added that the delusions are fixed and that Gadafi is insightless.

Yosri Fouda showed him an image Mubarak near the end of the program, which when he zoomed in on the stripes of the suit showed the stripes made of tiny letters spelling the name HOSNY MUBARAK vertically, Okasha responded immediately with criticism of large egos and that's evidence of narcissism. Trouble is, he recently renamed the Ain Shams institute of psychiatry to the Okasha institute of psychiatry.

Unfortunately, the program added very little information or insight to people of Libya or families of Egyptians living there. It was purely entertaining. Mentioned nothing regarding the trauma that Libyans will be suffering from due Gadafi's bloody war against his own people.