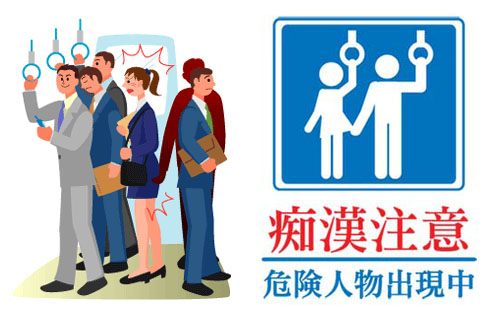 In Japan, sexual harassment in public transportation is called Chikan. From what I've found on-line, Chikan is a type of frotteurism. Chikan lacks the aggressive element in comparison to cases that made news here in the past few years. Chikan is more of a paraphilia than an anti-social behaviour. 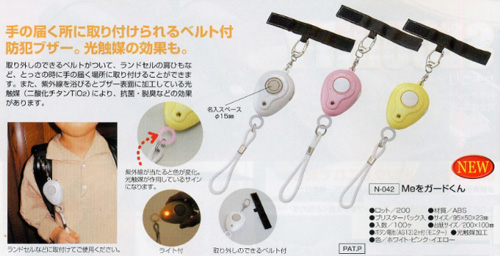 Another solution is designating women-only carriages in metro. We already have this. 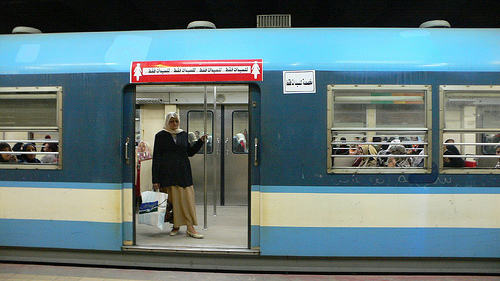 Reporting the molester to the authorities seems to be a very good idea. 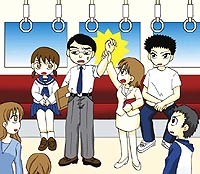 According to Japan For the Uninvited "more than 4000 men are arrested each year for groping on public transport."

For men, false accusations may happen and Mari lists some helpful tips:

No.1 Don't stand behind woman. especially you should skip beautiful woman.
No.2 If she misunderstands and glares down you, never look away. You should glare her back. There was a precedent that the testimony "he looked away, so I convinced he was a molester" was accepted in the court.
No.3 Unfortunately when you are misunderstood as a molester, you should never go to staff room on the train station with her, even thought she insists. The law of criminal procedure permits the immediate arrest by a private individual. If you follow her, it means you are arrested by her and she can turn you to the police. To take the best chance of cleaning yourself, you should leave the are after giving your contact address to her.

And here is what women in Japan do when they are being molested by a chikan.

Next, many young women tend to put up with Chikans silently when they are on a train alone. However, they should protect themselves from Chikans by following three steps. First, if you think that someone is touching you, turn your head slowly and look at his hand to make sure that he is really a Chikan. After that, stare at him from his feet to face slowly as you show him your anger on your face, especially in your eyes. This action makes some people around you notice the existence of a Chikan, and they will stare at him. If he still does not stop touching you, you should pinch or scratch his hand as the second step. Safety pins are necessities for women who take crowded trains everyday. Many of my friends in high school used to have one in their pockets because female high school students wearing pretty school uniforms were the targets of Chikans. The final step is to turn to him, look straight at his eyes for three to five seconds, and say "Please stop" or "Please don't" in a very polite way. Since trains during rush hour are so quiet, all of the passengers can hear you, and they also understand easily what you mean. Furthermore, they will watch him with eyes filled with criticism. Most Chikans get off the train at the next station or move to another train soon because they cannot stand the people's eyes, which criticize him silently.

(All photos used without permission)