In the 90s with the appearance of the satellite dish on top of the Egyptian home, the Egyptian youth suddenly became connected to tens of different worlds and spent their very crucial maturation phase in front of tens of channels from different places in the world. Connecting them to cultures, scenes and languages they were totally alien to.

One of those TV channels a Polish channel called POLSAT!

I remember far more interesting things, at least for me. You see, POLSAT used to air at that time very cool American movies and were pretty recent then.

But with a single problem. A guy used to speak with a voice higher than that of the actor in Polish. He dubbed for both males and females and young people and old people. Only a single guy dubbing the whole film, with same intonation of voice not conveying any emotion. Sometimes speaking at moments when it was completely silent.

You see, since they didn't mute the sounds of the original film. I overcame this by raising the volume of the TV, till I can follow the original actors' speak.

It was a bit hard to follow the original actors this way at first, but somehow your brain works wonders. And you don't notice that you are no longer listening to the polish guy. He was automatically filtered by the brain.

You see, I went to Poland several years ago as a medical exchange student and happened to discus this with some Polish friends and they agreed that this was a pretty dumb way to dub films. Together with thier affinity for shelf toilets. Which is designed to keep your poo on display after you finish emptying your bowels. Otherwise, it is a fascinating country. 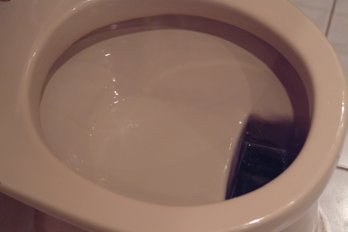 But only today I learned that the guy is called a Polski Lektor (or Polish lector in English) and it is a dubbing method they copied from Russia. During the soviet era when foreign film was restricted, western films were translated and dubbed this way and circulated underground. It was called Gavrilov translation. Interestingly, this dubbing method still lives and there are DVDs in Poland with a Polski Lektor included. However, in Polish cinemas subtitles are standard.