Lilly the manufacturer of the atypical antipsychotic Zyprexa(Olanzapine) and Symbiax(Olanzapine + Fluoxetine) will add a black box warning on its product regarding its metabolic side effects.

Olanzapine is an antipsychotic (AP) used mainly for the treatment of Schizophrenia and Bipolar disorder. 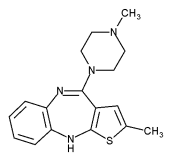 An atypical antipsychotic, is a newer class of antipsychotics (a.k.a Serotonin-Dopamine Antagonists) work by blocking all 4 dopamine pathways in the brain like typicals but the serotonin antagonism reverses this effect on three pathways (nigrostriatal, mesocortical and tuberoinfundibular). Which leaves the mesolimbic pathway which is implicated for causing positive symptoms of Schizophrenia. Reversal of bloackade on the nigrostriatal pathway decreases the chance of developing extrapyramidal side effects (EPS). (1)

These side effects are tremors and/or rigidity. Atypicals are safer regarding a wide range of other side effects. The extrapyramidal side effects, which are not the only side effect causes by older APs, yet the most distressing, occurs only in a 29.4% of patients.

It is important to note that older generation APs are tens of times cheaper than atypicals like Olanzapine.

The American Psychiatric Association (APA) and other psychiatric bodies in the developed world recommends atypical antipsychotics as a first line treatment choice, even though the clinical efficacy of these drugs seems to be not well established. As far as I know, practice guidelines usually don't give much attention to the pricing of drugs. But placing the atypicals ahead of typicals in the line of treatment means the price tag for treating psychosis has been multiplied by ten.

Not to mention that long term use of conventional APs is problematic. Compliance is difficult for most patients and this causes increased risk of relapse. There is also a chance of developing another irreversible condition called Tardive Dyskinesia.(1)

Atpicals however, cause serious metabolic side effects. (a.k.a. metabolic syndrome) They are mainly weight gain, increase in blood glucose levels and increase in blood levels of cholesterol and triglycerides. This might mean atypical APs may cause Diabetes or Heart disease. Even though this effect-cause relationship is biologically plausible(2) and there are studies that show that there is an association. The causal relationship is hard to establish, due to the need of large sample sizes and a study design that eliminates confounding variables. 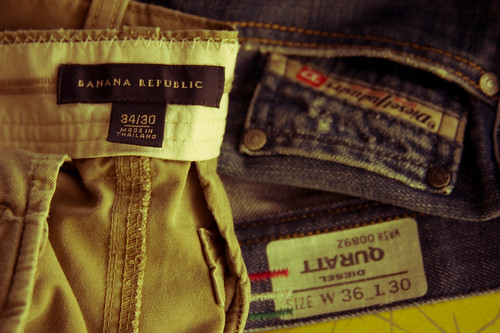 Lilly has spent .2 billion dollars since 2004 for lawsuits from patients who claimed they developed diabetes or heart problems after taking Zyprexa

The warning will state in black typeface on the Zyprexa packaging that the drug causes weight gain, hyperglycemia and dyslipidemia. It will also state that such effects are greater in Olanzapine compared to other atypical antipsychotics.

This is similar to the black box warning for SSRIs and adolescent suicide. Which seems to be unnecessary.

Lilly says that this decision is based on data from the ongoing 42 million dollar huge clinical trial for establishing the effectiveness of atypical antipsychotics (CATIE). CATIE is funded by federal money (NIMH). With no co-sponsoring by the drug companies. Drug companies only provided the medications.

The Phase I CATIE study finds regarding Olanzapine that(3):

Olanzapine had effects consistent with the potential development of the metabolic syndrome and was associated with greater increases in glycosylated hemoglobin, total cholesterol, and triglycerides after randomization than the other study drugs, even after adjustment for the duration of treatment. Ziprasidone was the only study drug associated with improvement in each of these metabolic variables. Only risperidone was associated with a substantial increase in prolactin levels.

Phase I of the CATIE study published in December 2006, stated that AP efficacy of older generation APs (Perphenazine was the only drug tested) are the same compared to newer generation APs.(3)

Clozapine is still the most effective compared to both generation APs. And could have been the best AP. Yet 1% of patients taking Clozapine are in risk of developing an idiosyncratic agranulocytosis. A potentially fatal adverse effect that is dose independant and unpredictable.(1)

Lilly will publish an open letter to health care practitioners, that will probably add more advise and precautions. Since 2003, the FDA requested that Lilly must warn physicians against prescribing Zyprexia to diabetic patients or with borderline glucose level. And to monitor blood glucose and lipids regularly.

This is not the only risk associated with the use of Zyprexa. There is already a warning regarding the use of Zyprexa in dementia related psychosis. The warning was issued in 2004 by Lilly and echoed by the FDA, the EMEA and other similar agencies world wide stating that there is an increased risk of cerebrovascular adverse events and mortality in elderly patients.

This story reminds me of the Vioxx(Rofecoxib) story back in 2004 when Merck & Co. withdrew the drug from the market after concerns over its safety. The FDA was also criticized heavily when Vioxx was withdrawn as it should have been withdrawn years earlier.

I hope Zyprexa stays in the market. Even though it might be the worst of the atypicals. (not taking Clozapine into account)

Antipsychotics are dirty drugs. Either conventional or atypical they both have a huge list of adverse effects.

Clozapine as I mentioned has the gravest side effect of all, yet at times it is necessary to be prescribed with close monitoring. It was withdrawn in the 1970s. Its reintroduction in 1990 helped the group of treatment resistant patients.

In the end the clinician must tailor the pharmacological treatment to his patient. she has to have an excellent understanding of those adverse effects and have to be sensitive to what her patient need and can tolerate. Close monitoring of patients is vital.

In my opinion, the worst side effect is the price of these drugs. In Egypt, it is very hard to prescribe atypicals to patients. Whether generic or not. Generics here are 10 times more expensive that conventional APs. While original drugs cost an arm and leg. A single Zyprexa 10mg pill costs almost 25 EGP!!

These prices are very frustrating because it limits the options for patients. Asking the patient to be compliant on a medication for years also doesn't make sense when he can't afford to buy a package of 30 pills.

UPDATE (30-10-2007): The Egyptian guidelines for the treatment of Schizophrenia(4), has a very sensible approach for choosing first-line APs. It states

"The acute symptom episode should be treated with anti-psychotic medications, other than Clozapine, as the first line treatment. The dosage should be in the range of 300-1,000 Chlorpromazine(CPZ) equivalents per day for a minimum of 6 weeks."

It also mentions that: